What Is the Difference Between a Neighborhood and a Subdivision? 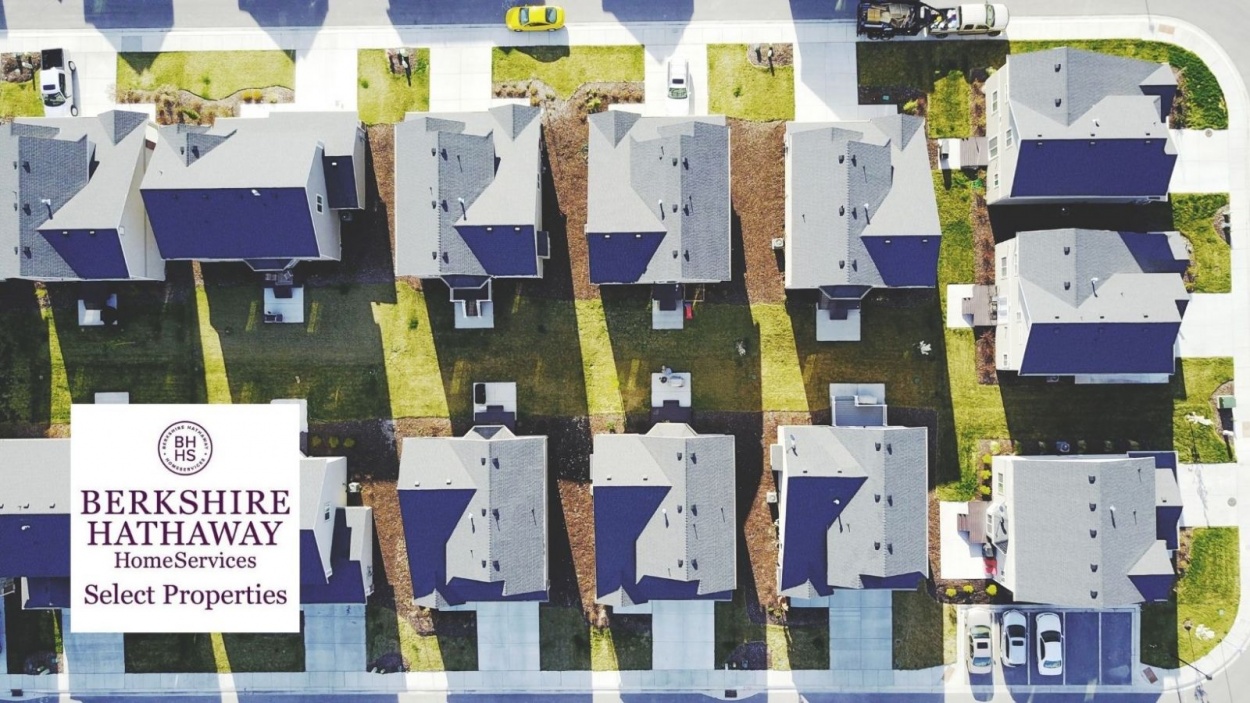 When homebuyers work with a real estate agent, it is helpful to be as clear as possible about what they are looking for in a home. One important factor to consider is the type of community they are seeking. A preference between urban or rural, for example, is fairly straightforward to explain. But other terms, like neighborhood and subdivision, are often used interchangeably— and that can make the home search a bit confusing.

Understanding the subtle differences between a neighborhood and a subdivision can help homebuyers articulate exactly what they want and need. This, in turn, helps an agent zero in on finding them the perfect home.

What Makes a Neighborhood?

No matter where someone lives, they probably refer to their surroundings as their neighborhood. A neighborhood is simply defined as a geographical area.

When considering real estate, some view a neighborhood as having a more urban than suburban setting. Indeed, cities are filled with various neighborhoods (St. Louis has 79 of them!), but there are suburban neighborhoods, too. Neighborhood boundaries are generally defined by main roads, but there is often a lot of overlap between neighborhoods.

A neighborhood may also mix residential, commercial, and even industrial properties. It is not uncommon to find houses, apartment buildings, shops, restaurants, and other businesses within a single neighborhood.

A good example in St. Louis is the Central West End. Houses and apartment buildings coexist with a thriving entertainment and retail district, as well as some major hospitals. People could theoretically live, shop, work, go to school, and enjoy their free time all without leaving the neighborhood.

How a Subdivision Differs from a Neighborhood

A subdivision is literally a large piece of land subdivided into two or more plots or parcels meant for individual ownership. The subdivided lots can be sold, and the building of a structure is left up to the buyer. In most cases, though, a single developer creates the roads, runs utilities to each lot, and contracts to build on them. Homes are usually single-family dwellings, though they may include houses, duplexes, or townhomes.

Although the concept has been around for much longer, real estate developer William Levitt is credited with conceiving the 20th-century version of the subdivision after World War II. Levitt planned and built entire communities of homes on subdivided lots first in New York and later in other states on the East Coast. The houses were uniform in their materials and designs, making their assembly-line type construction fast and affordable for post-war baby boom families.

These early communities helped form the stereotype of subdivisions as sprawling suburban communities of row after row of identical houses. While this can still be the case, subdivisions have come a long way since those days, with more variation in styles, amenities, and even gated subdivisions of luxury homes.

Today, many people think of subdivisions as groups of new homes, but older subdivisions can be found throughout the St. Louis region. Take an area like St. Louis Hills near Francis Park. Streets of uniform-sized lots with nearly identical Tudor Revivals were almost certainly planned and built as part of a single developer’s vision. There is a consistency in these areas that is easy to spot. Homes are roughly the same size and style, and constructed around the same time. 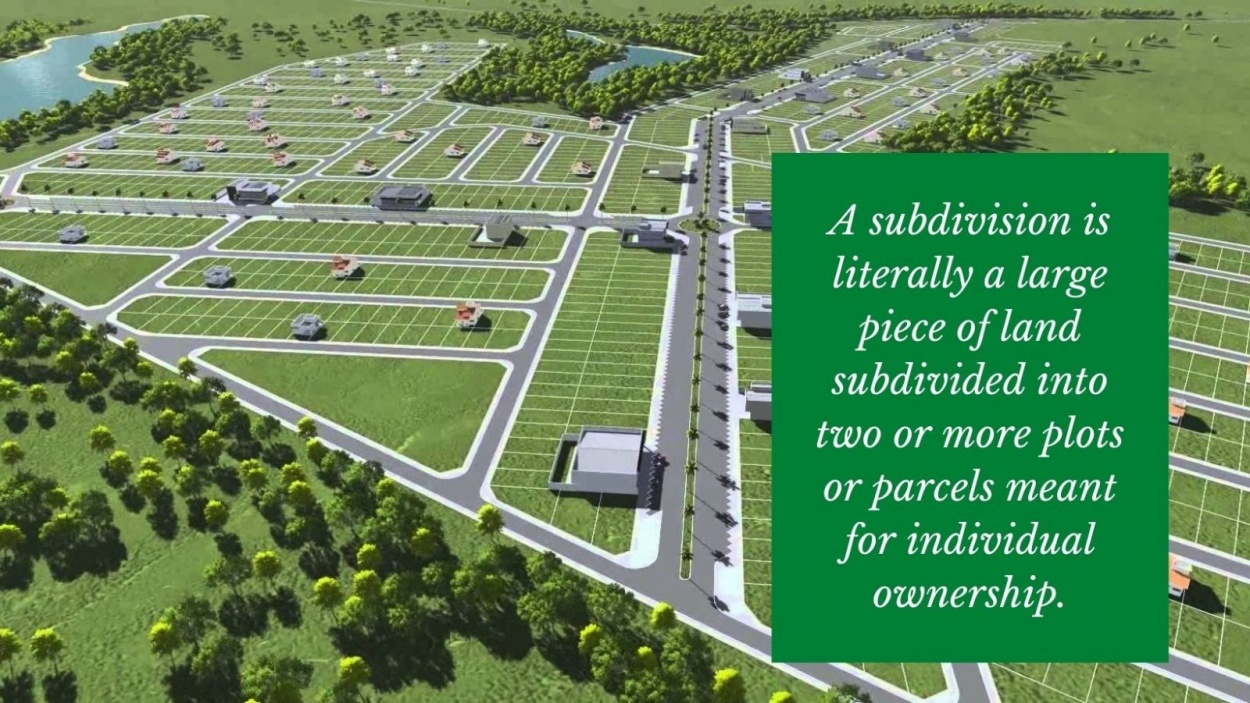 A real estate developer starts by buying a large tract of land—perhaps old farm ground. Their concept for a community, including lot sizes, types of homes, etc. typically must be approved by the town or city planning department and conform to all local zoning laws.

New subdivisions provide a great option for homebuyers who want new construction, but do not necessarily work with an architect and find a contractor to design and build a home from scratch. They can avoid the extra work and stress of building by purchasing a lot in a new development.

A real estate development usually offers several different designs and floor plans to choose from. Model homes are often available to walk through so buyers can get a true sense of how their home will look and feel.

The amount of choice a buyer gets in their home features varies by subdivision. Developers may limit the variety allowed, particularly on the exterior of the homes, so that the subdivision maintains a uniform appearance. For example, brick, siding, and roofing options might be kept to a handful of complementary colors to maintain a certain aesthetic.

Neighborhood vs. Subdivision—Which One Is Better?

Is living in a subdivision that much different than living in a neighborhood? It depends. Both can have a strong sense of community. And it is important not to generalize or stereotype when considering either one. For example, not all subdivisions have boring, “cookie-cutter” houses. And not all neighborhoods are walkable with parks and stores nearby.

There are things to consider when thinking about a house in a subdivision. These hold true for both subdivisions currently under construction and those like Grantwood Village filled with early 1960s mid-century ramblers. Whether they are seen as pros or cons is in the eye of the buyer.

Regulations. Subdivisions often have covenants or a Homeowners Association (HOA) that may restrict what an owner can do with their land or their home. These can range from simple (no fences made of chain-link) to the extreme (no decorations allowed on front doors). A resident of a neighborhood that is not part of a real estate development typically is only restricted by local laws. For example, their neighbors can not prevent them from raising chickens, as long as it is legal in their town or city.

Special amenities. Subdivisions are more likely to have been designed to include things like a community pool, green space, or a playground. But many neighborhoods also have these things nearby. Those in the subdivision might be exclusively for residents, however.

Diversity. Some feel that a neighborhood, especially in the city, will be more diverse than a subdivision. That is not necessarily true. Yes, in a subdivision where homes are all similar, it is more likely that everyone will be in roughly the same socio-economic bracket. And there are some subdivisions that are built strictly for people 55 and over. But many subdivisions have residents with a diverse mix of ages, ethnicities, and family makeup. Potential homebuyers need to keep an open mind to find the subdivision—or neighborhood—where they feel most at home.

Activity. There is a tendency to think of subdivisions as quiet, peaceful places. While that might be true, there is no guarantee that a subdivision is not near the interstate, the airport, or a shopping center that adds to noise and traffic. There are also plenty of quiet streets in neighborhoods all over the city and St. Louis suburbs. Sometimes all it takes is being on a street away from a major intersection.

Isolation. Subdivisions are often segmented off from the rest of the community with one or two entry points. Neighborhoods, on the other hand, might feel more connected to the larger community with roads flowing through in all directions. Everywhere in the St. Louis region, stores, restaurants, and schools are easily accessible no matter where you live. Even in a subdivision, “civilization” is just a short drive away. People are only as isolated as they choose to be.

Comps. When buying or selling a house, subdivisions have one advantage over a neighborhood mixed with different types of houses. When looking at comps, it will be easy to find other homes with similar features and around the same age and condition. 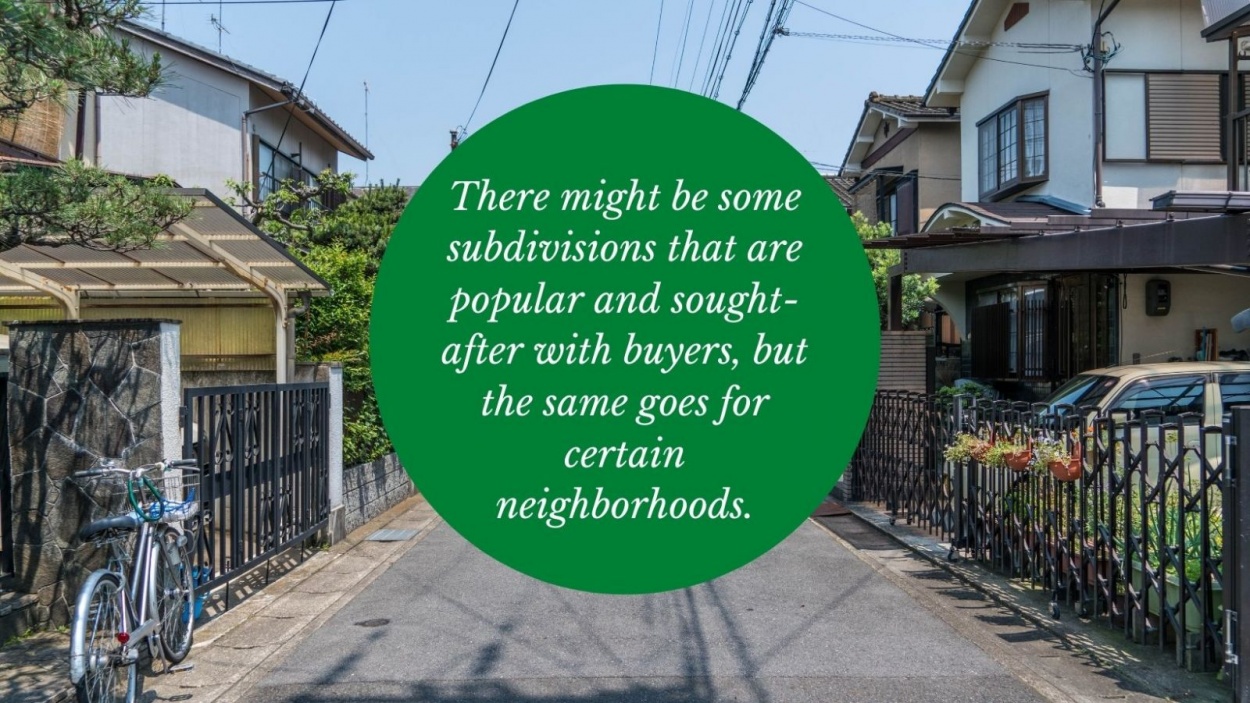 Buying or Selling in a Subdivision or Neighborhood

There might be some subdivisions that are popular and sought-after with buyers, but the same goes for certain neighborhoods. Choosing where to live is a very personal decision, and some people have a strong preference when it comes to subdivision vs. neighborhood living.

Experienced real estate agents like those at Berkshire Hathaway HomeServices Select Properties can help buyers pinpoint the type of community that suits them. And they can help sellers highlight what makes their community special—whether it is in a neighborhood or a subdivision.

‘Tis the Season for St. Louis Holiday Fun
Dec 20 2022
The Difference Between an Apartment and a Condo (and How to Determine Which is Right for You)
Nov 15 2022
“What is My Home Worth?” How Real Estate Agents Help with Pricing
Oct 04 2022